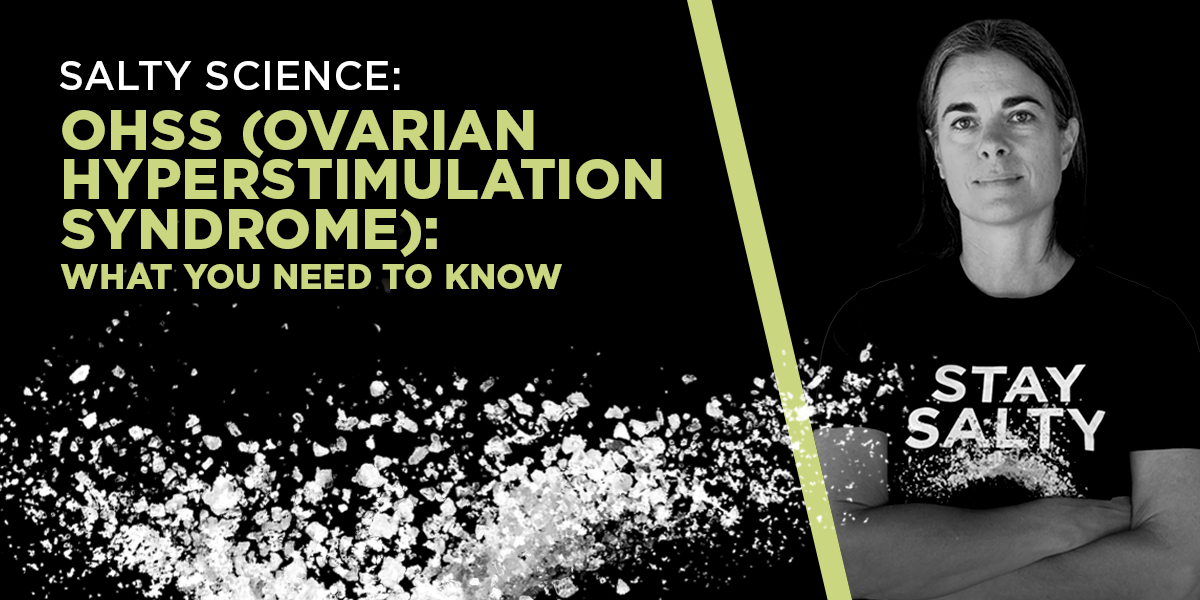 OHSS (Ovarian hyperstimulation syndrome): What you need to know

From the desk of
Nicki Violetti
Science → OHSS (Ovarian hyperstimulation syndrome): What you need to know

Up to 10% of women on fertility treatment—particularly in-vitro fertilization—develop a condition called ovarian hyperstimulation syndrome (OHSS). When a woman has OHSS, her ovaries swell with fluid, her waist expands, and her stomach feels bloated and painful.

Though usually mild, OHSS occasionally brings severe complications like electrolyte imbalances, blood clots, and internal bleeding. Because of this, it can be extremely stressful for future moms to receive this diagnosis.

I’m writing this article to give these brave women the best available info on OHSS. With the right knowledge, I believe we can prevent many cases of this unfortunate condition.

Over the last two decades, researchers have learned a lot about OHSS. With early monitoring and early action, most women pursuing assisted reproduction, including in-vitro fertilization (IVF), can stay OHSS-free. This doesn’t mean we’ll get the rate to zero, but if proper knowledge can prevent even one case of OHSS, then we shouldn’t be shy about sharing it!

Prevention is just the first line of defense. When a woman is diagnosed with OHSS, we have an impressive arsenal of strategies (“coasting,” electrolyte replacement, and various medications) to help her deliver her baby with a clear mind and healthy body.

Today, I’ll be covering everything you need to know about OHSS: symptoms, causes, risk factors, prevention, and treatment. First, let’s start with some basics.

Why does OHSS develop? We’ll dig into that soon, but for now, understand that OHSS is almost always a consequence of hCG administration. That’s why it’s called an iatrogenic complication. (Iatrogenic means “resulting from medicine.”) Let’s review the main OHSS symptoms now.

OHSS can be broken into two categories:

About 98% of cases fall into the first category. Symptoms of mild-to-moderate OHSS include:

And in the much rarer “severe” category, the symptoms include:

The high-level cause of OHSS is the administration of hormones (like hCG) during fertility treatment. We already talked about this.

I know what you’re thinking. Please Nicki, no more scientific abbreviations. You’re killing me! I hear you, but hang in there for a few more minutes. Don’t worry, there won’t be a quiz at the end.

So, why does hCG cause OHSS? In part, by stimulating another hormone called follicle-stimulating hormone (FSH). FSH and hCG then team up to stimulate yet another compound called vascular endothelial growth factor (VEGF). How does this chain of hormone stimulation work?

Researchers believe that VEGF, which increases vascular permeability, plays a key role in causing OHSS. Why? Because excess VEGF shifts fluid from inside to outside cells, leading to ovary swelling and other symptoms.

People with OHSS also tend to produce too much antidiuretic hormone (ADH). Excess ADH, in turn, over-stimulates the fluid-balancing renin-angiotensin system. As a result, women experience fluid and electrolyte imbalances like hyponatremia, hyperkalemia, and hypovolemia.

These are just a few of the causes that researchers are currently untangling. Let’s talk about who’s at risk for OHSS now.

Any woman undergoing fertility treatment can develop OHSS, but certain populations—like women with polycystic ovary syndrome (PCOS)—are at higher risk than others. Because of this, clinicians advise women with PCOS to start with a lower dose of hCG and work their way up slowly. If symptoms begin to present, the dose is reduced or eliminated.

Other primary risk factors for OHSS include:

To be clear, none of these biomarkers are perfect predictors. It’s still an imperfect science.

Prevention is priority number one. If we can stop OHSS from occurring, we can save a lot of women a ton of stress and misery.

There are several levers to pull for OHSS risk reduction. The main lever is to proceed cautiously with hormone injections, starting with the minimum dose and backing off if a growing follicle is detected. This is called a “step-up” regimen.

Another lever is to use an hCG alternative such as:

Each of these ovary-stimulating treatments has been linked to a lower risk of OHSS. (Though for aromatase inhibitors, the science goes both ways.) To be clear, using these medications—or pursuing any OHSS treatment—should be considered under the guidance of a medical professional.

I should also mention metformin, the blood sugar-lowering drug usually prescribed for type 2 diabetes. In one review on 798 women with PCOS, metformin reduced the risk of OHSS by 63%, increased pregnancy rates, and had no effect on live birth rates.

Women with PCOS might also consider laparoscopic ovarian drilling (LOD), a procedure that reduces the need for hCG to stimulate the ovaries. But LOD carries risks (like ovary damage), so be sure to weigh the pros and cons with a clinician.

If a woman shows signs of OHSS (high estradiol, for instance), the clinician may recommend a 1-to-4 day pause in hCG administration. The goal of this “coasting” strategy is to let the estrogen and follicle growth simmer down before resuming ovary stimulation.

Another option is to withhold the final hCG injection and cancel the cycle. This is generally a last resort—a switch flipped when the relevant biomarkers look onerous.

Yet another preventative is to remove and freeze all embryos from the ovary during the in-vitro fertilization (IVF) process, then try again later after the ovaries are given time to rest. Some data supports embryo freezing to reduce OHSS risk, but the science still isn’t clear.

Other strategies to slow or minimize OHSS risk include:

Again, talk to your medical professional about what makes the most sense.

At its core, OHSS is a problem of fluid balance. Because of this, proper hydration is essential to prevent and mitigate the symptoms of severe OHSS.

Fluids are the easy part. Drinking to thirst (and not beyond) is usually sufficient to prevent dehydration. That’s why the thirst impulse exists.

Electrolytes are trickier, especially when you’re dealing with a condition like OHSS that impacts ADH, renin, angiotensin, and other fluid-balancing hormones. Unsurprisingly, severe cases of OHSS often present with dangerously low sodium and high potassium levels.

Low serum sodium is highly preventable and treatable. Research has even shown that consuming saline solution (salty water) can reverse exercise-associated hyponatremia in elite athletes. This data makes me hopeful that LMNT (our salty electrolyte drink mix) could potentially help women experiencing low serum sodium as a result of severe OHSS too.

The bottom line? Getting enough fluids and sodium won’t prevent OHSS, but it may help reduce the risks that come with the complications of severe OHSS.

As Ben Franklin said: “an ounce of prevention is worth a pound of cure.” I agree with Mr. Franklin, and that’s why my focus today has been on preventing OHSS.

But if you or a loved one finds yourself struggling with severe OHSS, what should you do? In my opinion, you should make sure you’re receiving the best medical care possible. Depending on the situation, your medical professional may suggest treatments for circulatory volume, blood clotting, liver function, kidney function, electrolyte disturbances, and other OHSS complications. If the medications aren’t enough, they may also suggest surgical interventions. I highly recommend browsing this narrative review to educate yourself on modern OHSS treatment options.

My heart goes out to everyone dealing with or worrying about OHSS, be it for themselves or a loved one. If you think this article could help them, please share it. And if you have a moment to leave a comment, we’d love to hear your story.